It looks like supplies of Apple's iPad mini with Retina display are finally beginning to increase. Because in a number of Apple Online Stores, the 7.9-inch tablet is now shipping from Apple in just one to three business days.

For the United States, Canada, Mexico, and the Asia Pacific, all iterations of the second-generation iPad mini - both Wi-Fi Only and Wi-Fi + Cellular models in 16GB, 32GB. 64GB, and 128GB - are indeed shipping in one to three business days.

However, for a number of European countries, the iPad mini with Retina display is still shipping in three to five business days in the Apple Online Store.

Back in November, we explained that Apple Retail Stores were beginning to offer the Retina-equipped iPad mini in-store without requiring an online reservation. This happened first in New York City, and since other Apple Retail Stores across the United States (and globally) have followed suit. Then, soon after, shipping estimates for the tablet changed to five to 10 business days in the Apple Online Store.

Now, though, getting hold of an iPad mini with Retina display is even easier - especially if you live in the United States, Canada, Mexico, or the Asia Pacific. Let's hope other regions follow suit in the near future.

Apple chief executive officer Tim Cook noted in October that the Cupertino, Calif. company could struggle to meet demand for the 7.9-inch Retina-equipped iPad mini, and in particular, we heard that producing the tablet's small-size Retina display had been problematic.

After launching, sales of the tablet have indeed proved to be impressive. Though official figures from Apple haven't yet been released, last month a number of U.S. retailers credited the iPad mini (and iPad Air) with driving record-breaking Black Friday sales, and the new iPads have reportedly taken foreign tablet markets by storm, too. 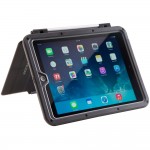 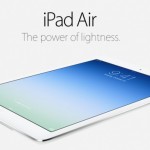 Apple's New iPads Are Dominating The Tablet Market In Japan
Nothing found :(
Try something else