Preorders for the iPhone 5s and iPhone 5c with China Mobile have launched, and over in the world's largest smartphone market the country's biggest carrier is said to be handing almost all of its valuable ad space to Apple's iPhone and iPad.

The news comes in the form of several images from PRC and Me, which show how one rather small-sized China Mobile store in Link City, Shenzhen has been entirely decked out in iPhone and iPad advertisements (pictured above and below).

Promotional signage appears to adorn the walls, floors, and tabletops, which also feature demo iPhones and iPads. Plus, on a large digital banner China Mobile offers up-to-the-minute discounts on Apple's smartphone and tablet. PRC and Me also notes that the carrier has LCD screens airing the original iPhone 5s announcement:

Not only were there Apple advertisements all over the place, but even Phil Schiller was present, his A7 chip announcement playing on a flatscreen TV. A majority of the ad and display space in the store had been dedicated to Apple. If this is any indication, China Mobile is planning to aggressively promote their new Apple partnership in the hopes of blunting any advances from China Unicom and Telecom.

As if China Mobile's 740 million subscribers weren't enough, it looks like the carrier is doing everything it can to ensure that its long-anticipated iPhone deal with Apple is going to pay off.

Of course, analysis published over the course of the last few weeks has indicated that a China Mobile iPhone deal would serve both parties particularly well. More specifically, the deal could score Apple an additional $10 billion in revenue during the first year alone, according to one report. Another claims that as many as 24 million iPhone handsets could be sold from China Mobile during the first year of partnership.

For the month of October, Apple jumped from being China's sixth most-popular smartphone maker up to third-place. Could the availability of its iPhone with China Mobile help it beat Samsung or Lenovo to the first or second position? We'll have to wait and see.

In the meantime, check out: Vert 2 Features Universal Support For iPad, Enhanced Color Themes And More, Apple Publishes iOS 7.1 Beta 2 For Registered iOS Developers, and Meet Moxtra For A Chance To Win An iTunes Gift Card. 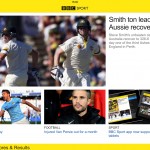 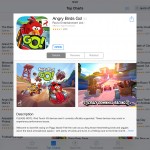