You are using an outdated browser. Please upgrade your browser to improve your experience.
by Brent Dirks
December 9, 2013
If you’re a Time Warner Cable subscriber and own an Apple TV, we’ve definitely got some good news for you. According to CNET, TWC’s incoming CEO Rob Marcus said the company will be adding another platform for its app this week. With the app, users can stream live TV channels and watch video on demand. And since TWC customers can already take advantage of the app on the Xbox 360, Roku, Samsung Smart TVs, and a number of other outlets, the most likely platform Marcus is alluding to is the Apple TV. News of the possible partnership first broke back in the summer. According to the report, another possiblilty is Google’s Chromecast:

Though Apple TV is the most likely platform for TWC to add, another high-profile possibility is Google's Chromecast. The video-streaming dongle launched earlier this year and quickly came under such high demand that it was on back order for weeks. It also topped the best-seller list for consumer electronics at Amazon.com's massive store for months. Chromecast has been slow to launch partners on its device though. Apple and Google representatives both declined to comment.

Apple, for its part, has been busy bulking up the amount of content available for Apple TV. In June, an update brought Watch ESPN and HBO GO capability to the set-top box. Since then, Apple has also added Yahoo Screen and PBS along with Major League Soccer and Disney Junior. The Apple TV box itself hasn’t been refreshed for quite some time. Reports first pointed to Apple introducing new hardware in October. But that didn’t happen. 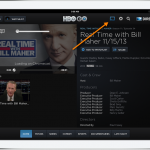 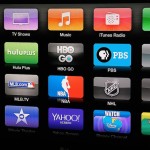 The Apple TV Now Includes Yahoo Screen And PBS Channels
Nothing found :(
Try something else