You are using an outdated browser. Please upgrade your browser to improve your experience.
by Bryan M. Wolfe
December 30, 2013
The folks over at iPhoneSoft are out with new concept designs for the “iPhone 6 Air,” “iPhone 6c,” and iOS 8. The iPhone 6 Air features a 4.5-inch antiglare display with ultra thin edges. It also includes a 20 megapixel camera with dual LED flash and stabilizer. The handset also comes with an SD card slot on the side. The mid-priced iPhone 6c also includes a 4.5-inch antiglare display, and ships with a 13 megapixel camera with dual LED flash and stabilizer. Both phones come with Siri on the lock screen, and include Touch ID. Both are described as “ultrathin” at just 6 mm. In iOS 8, as envisioned by iPhoneSoft, sliding a finger up unlocks a device. In Apple's iOS 7, the unlock gesture is a slide of the finger from left to right. I'm in love with both of these concepts, although I'm pretty sure they're off the mark in at least two respects. For one, Apple will probably never release an iOS device that includes an SD card slot. Second, more megapixels don't necessarily translate into better photos. Twenty megapixels sounds a bit high, despite what Nokia is doing. Apple is expected to unveil iOS 8 at the annual Worldwide Developers Conference in June. Experts remain split on when new iPhones will be released. Do you like these new iPhone concepts? See also: The Craziest Apple 'iPhone 6' Rumor You'll Hear This Week, Apple's New A-Series Processors Are Getting Smaller As TSMC Takes Over, and Two Incredible Concept Videos Show Apple's 'iPhone 6c' And 'iPhone Air'. 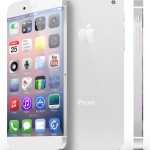 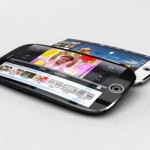 Experts Are Split On When Apple Will Release The 'iPhone 6'
Nothing found :(
Try something else