You are using an outdated browser. Please upgrade your browser to improve your experience.
by Joe White
December 4, 2013
Google is in the process of building Chrome application support for mobile platforms, and particularly iOS and Android, in a move that could see beta Chrome apps launch for the iPhone, iPad, and iPod touch as early as January 2014. The news comes from The Next Web, which came across a GitHub repository called Mobile Chrome Apps, led by Michal Mocny, a Google software developer. "The toolkit will help developers create Android and iOS hybrid native apps with Chrome app polyfills, through Apache Cordova. The steps include modifying for mobile design, fixing bugs, working around limitations, and of course, testing," the publication explains. In the article, The Next Web adds:

It’s not currently clear why this isn’t hosted on Google Code, but a search onGoogle Groups confirms the company is indeed working on the project. Furthermore, Google developer advocate Joe Marini says it should be ready for more thorough testing early next year: “We hope to have something in beta form in January.” For those who don’t know, Chrome packaged apps are written in HTML, JavaScript, and CSS, but launch outside the browser, work offline by default, and access certain APIs not available to Web apps. In other words, they’re Google’s way of pushing the limits of the Web as a platform, which will soon apparently include mobile.

Chrome apps are interesting: the packaged applications are written in HTML, JavaScript, and CSS, but they're able to access particular APIs not available to usual Web apps. In addition, they work offline by default. "In other words, they’re Google’s way of pushing the limits of the Web as a platform, which will soon apparently include mobile," The Next Web notes. Finally, a Google source reportedly told the publication that while developers can indeed access the service today, the company isn't ready to make an official announcement. However, if a beta is indeed on track for January, it looks like we haven't got long to wait until more information concerning the project becomes available. As always, we'll keep you updated with further information as we receive it. In the meantime, see: Report Claims Apple Is Testing 12.9-Inch iPads With 2K, 4K Displays, Apple's New Patent Could Bring A Stereoscopic Camera Mode To iOS Devices, and Apple Subsidiary FileMaker Releases New FileMaker 13 Database Software Platform. 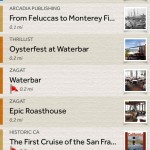 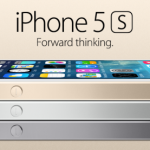 Kantar Reports Increase In Apple's Market Share Thanks To Its New iPhones
Nothing found :(
Try something else