You are using an outdated browser. Please upgrade your browser to improve your experience.
by Aldrin Calimlim
December 30, 2013
First there was iOS in the Car. Will Android in the Car be next? That's quite likely, according to a new report by The Wall Street Journal. Citing "people familiar with the matter," the publication notes that Google and German automaker Audi are set to announce their partnership for an Android-based in-car infotainment system at next week's Consumer Electronics Show (CES) in Las Vegas:

They also plan to disclose collaborative efforts with other automotive and tech companies, including chip maker Nvidia Corp., to establish Android as an important technology for future vehicles, these people said. The aim is to allow drivers and passengers to access music, navigation, apps and services that are similar to those widely available now on Android-powered smartphones, these people added.

The report corroborates an article in electronics industry magazine EE Times published earlier this month. According to that article, Google plans to use a Wi-Fi Direct-integrated screencasting standard called Miracast to display apps from an Android smartphone on an in-car infotainment system. Of course, the soon-to-be-announced Android-based dashboard is Google's answer to Apple's iOS in the Car, which was unveiled at WWDC 2013 back in June. So far, for iOS in the Car, Apple has partnered with BMW, General Motors, Honda, and Mercedez-Benz. With iOS in the Car, users can connect their iOS devices to an in-car display either via a wired connection or through a wireless solution. The connected display can then enable users to interact with iOS directly or indirectly using Siri Eyes Free. Apple is expected to launch iOS in the Car alongside iOS 7.1 early next year. 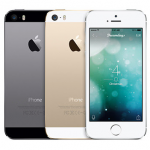 On Christmas Day, iOS Trumps Android In Terms Of Online Traffic And Sales 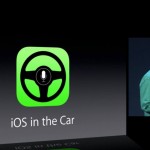 Apple's New Car Feature Could Delay The Release Of iOS 7.1 Until March
Nothing found :(
Try something else