You are using an outdated browser. Please upgrade your browser to improve your experience.
by Aldrin Calimlim
December 10, 2013
A few days ago, Cut the Rope creator ZeptoLab announced that Cut the Rope 2 would be released on Dec. 19. At the same time, the studio released a promotional image that gave us our first look at Om Nom's new friends in the upcoming sequel. Now, here comes a new video that shows how the Cut the Rope series' adorable main character comes to meet his new pals. Posted by IGN, the video is actually the intro video of Cut the Rope 2. It shows Om Nom being captured by candy-burgling spiders and the Nommies, as his new friends are called, being prompted into helping him find his way back home. If you can't see the video embedded above, please click here. As noted by IGN, the Nommies have unique abilities that can help you solve Cut the Rope 2's physics-based puzzles:

Roto will be able to carry Om Nom to the most strategic candy-catching locations. Lick makes bridges with his tongue that helps Om Nom reach new places. Blue will be able to lift Om Nom to new heights. Toss can throw objects, and Boo scares Om Nom, allowing him to jump higher to reach more candy.

Cut the Rope 2 is set to be released exclusively on iOS on Dec. 19 for $0.99. Initially, it contains 120 levels divided into five boxes set in different outside-world locations. Stay tuned to AppAdvice for the game's gameplay trailer, which will be released by ZeptoLab later this week. In the meantime, you can continue (or start) playing the original Cut the Rope game, Cut the Rope: Experiments, and Cut the Rope: Time Travel. 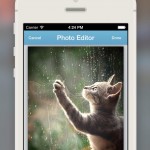 Tweetly Is An iOS 7-Optimized Twitter App With A Built-In Aviary-Powered Photo Editor
Nothing found :(
Try something else