It's been 10 years since Infinite Dreams' Sky Force launched for the Symbian platform, and in celebration of this anniversary, the developer has confirmed that it'll be bringing the game to Apple's iOS in a new application called Sky Force Anniversary.

The app won't be a direct port of the older title, though; Sky Force will get a glorious 3-D makeover for our iDevices, however as of this writing little further is known about the title. Above, you can see the app's one and only in-game screenshot, which reached us from TouchArcade, and the publication rightly notes that the forthcoming application “is looking mighty pretty.”

The original games were novel for their pseudo-3D environments that gave the game a feeling of depth, as well as its scoring system which had you destroying a certain percentage of enemies in a stage in order to progress as well as picking up human survivors scattered throughout the landscape for bonus points.

You may remember that Sky Force has appeared in the App Store before. In fact, two games - Sky Force and Sky Force Reloaded - launched a few years ago. However, the applications have since been pulled from the App Store “due to incompatibility with iOS updates,” TouchArcade adds.

Infinite Games has confirmed that it's halfway through the development of Sky Force Anniversary, and as such a 2014 release date seems likely. Here's hoping the app launches sooner rather than later! 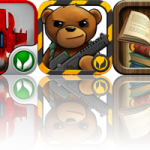 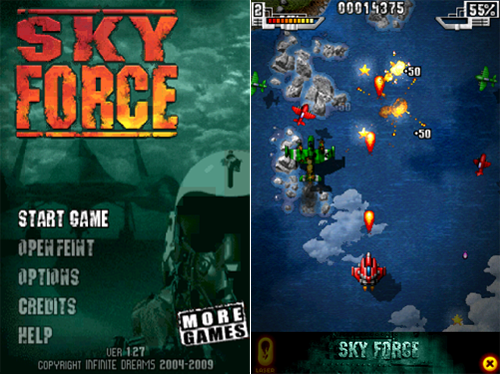 Infinite Dreams' Sky Force Available For Free Today
Nothing found :(
Try something else