Though little is known as of this writing, Crytek - the developer behind console titles such as Far Cry and Crysis - has announced a brand new iOS game that's set to reach the App Store “soon.” The app, called The Collectables, is a free-to-play title that combines action, shooter, and strategy genres together in one “explosive” game, according to Crytek.

The news was announced by Crytek at a dedicated website, and here the developer explains: “Command a squad of elite soldiers and lead them into explosive combat with strategic precision in The Collectables.”

In the first free-to-play mobile game from award-winning developer Crytek (Far Cry, Crysis), players must master the unique skills of their military units as they wage war in stunning 3D environments and aim to blow the enemy sky high.

So far, this is all we know, save for the fact that Crytek is offering mobile gamers access to a free in-game character and “exclusive content” if they register their interest in the game online. Plus, a video showing off part of The Collectables' gameplay has also surfaced, too, and we've embedded this below.

Apple's iTunes Connect service is set to close for Christmas between Dec. 21-27, and as such a bunch of high-profile releases could reach the App Store next week.

Could The Collectables be one such title? We'll have to wait and see. 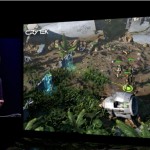 Crytek’s Upcoming Game, The Collectibles, Will Support Made For iPhone Gamepads 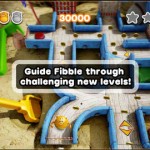 Flick And Roll Through Creepy New Levels In Crytek's Physics-Based Puzzle Game Fibble
Nothing found :(
Try something else