Cook explained that his early childhood in Alabama brought him into contact with “the devastating impacts of discrimination,” and in particular, he noted that the sight of a cross-burning at the home of a nearby family is something he would never forget:

Remarkable people were denied opportunities and treated without basic human dignity, solely because of the color of their skin. This image was permanently imprinted in my brain, and it would change my life forever. For me, the cross-burning was a symbol of ignorance, of hatred, and a fear of anyone different than the majority. I could never understand it, and I knew then that America’s and Alabama’s history would always be scarred by the hatred that it represented.

He added that there are three photographs in his office - two of Robert Kennedy, and one of Martin Luther King Jr. - and Cook continued to tell his audience: “They sacrificed everything, including their lives, as champions of human rights and of human dignity. Their images inspire me. They serve as a reminder to me every day that regardless of the path that one chooses, there are fundamental commitments that should be a part of one’s journey.”

As AllThingsD explains, Cook then celebrated Apple as a company “that shares his values,” and he discussed both his and Apple's support for the Employment Non-Discrimination Act (ENDA). Last month, Tim Cook published an opinion article in The Wall Street Journal calling for U.S. Congress to approve this bill, which would “protect workers against discrimination based on sexual orientation and gender identity.”

I have long believed in this, and Apple has implemented protections for employees, even when the laws did not. Now is the time to write these principles of basic human dignity into the book of law.

The Senate passed the bill, however we're still waiting for the Republican-led House to address the legislation.

Cook's entire acceptance speech is included in the below video, and we'd urge any Apple fan to watch it. It's around 13-minutes long, and provides iDevice users with an insight into the ideals that govern not only Apple, but also its chief executive officer - a man who doesn't often make recorded public appearances. 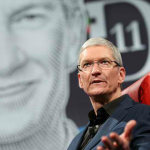 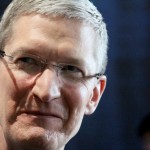