Over in Britain, a statement sent from AT&T to the London Stock Exchange has seen the U.S. carrier confirm that despite rampant speculation, it has no intention of making a bid for British carrier Vodafone.

The news comes following chief executive officer Randall Stephenson’s comment that there is a “huge opportunity” to invest in the mobile industry in Europe. But despite this, it seems AT&T isn’t going to take advantage of the opportunity at hand, and as a result shares in Vodafone fell by six percent as of 08:35 GMT.

AT&T’s comments surfaced online in a short statement. It said:

AT&T notes the recent speculation regarding a potential transaction involving Vodafone Group Plc. At the request of the UK Takeover Panel, AT&T confirms that it does not intend to make an offer for Vodafone.

Vodafone’s resultant market valuation stands at £107 billion ($177 billion), and according to one industry analyst - Robert Grindle with Espírito Santo - it could be AT&T “had realized Europe was still too tough a region to buy into, with fierce competition driving down prices,” Reuters explains.

The publication adds that Vodafone is the second-largest mobile operator in the world, and its assets range from Europe to India and Africa. The carrier is in the process of selling off its 45 percent stake in the United States’ Verizon, and analysts have proposed that once complete, a Vodafone takeover could become more of a likely possibility.

But for now at least, it seems a takeover bid isn’t set to be made from AT&T. We’ll keep you updated with further information as we receive it. 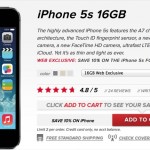 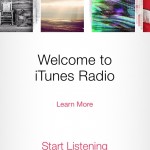 Is iTunes Radio Set To Go International? Users Report Availability Overseas
Nothing found :(
Try something else