Tweetbot might have added timeline streaming to its iPhone and iPad apps, but this is limited to Wi-Fi, right? Think again, because thanks to one new jailbreak tweak, iDevice users now have the option of enabling Tweetbot’s useful timeline streaming feature over 4G LTE and 3G cellular data networks.

Called Tweetbot 3 Stream 3G/LTE and available in the Cydia Store free of charge (pictured above, left), the new jailbreak tweak is as simple as it is effective. Once downloaded and installed, you’ll notice in the Tweetbot application that timeline streaming is no longer limited to Wi-Fi only. Instead, iDevice users will be able to stream their Twitter timelines using Tweetbot while on the go, when connected to 4G LTE or 3G.

The jailbreak tweak adds a new preferences pane in the Settings app, but this is entirely redundant (also pictured above, right). Rather, those wishing to enable or disable Tweetbot 3 Stream 3G/LTE can do so using the Tweetbot application - by disabling timeline streaming outright - or through uninstalling the jailbreak tweak from within the Cydia app.

Tweetbot Stream 3G/LTE is optimized for iOS 7, and it’s compatible with ARM64-iDevices. There are no additional options to install, and the package works perfectly running on my iPhone 5s (even though I’m more of an official Twitter app kind of guy).

If you’re looking to go mobile with Tweetbot streaming, Tweetbot Stream 3G/LTE can be downloaded in the Cydia Store free of charge.

Check out the new jailbreak tweak now, or for some of our favorite recent additions to the Cydia Store, take a look at our articles on CleverPin, Controllers for All, and Springtomize 3. 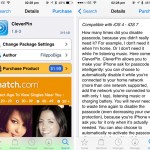 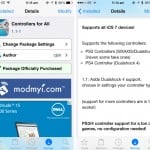 Cydia Tweak: Controllers For All Updated To Add PS4 DualShock 4 Support
Nothing found :(
Try something else