Braven has been hard at work developing a handful of new speakers for 2014, one of which is entirely waterproof. Over at the Consumer Electronics Show (CES), we got to take a closer look at this speaker and a few others.

First up, though, the new BRV-X is Braven’s follow-up speaker to the BRV–1, its most popular speaker of 2013. It’s a “larger, more powerful unit,” Braven explained, it offers built-in true stereo separation, and offers high levels of water and drop resistance. Much like a number of Braven’s other speakers, users can also charge their iDevice up using the BRV-X, since the speaker features a built-in power bank, too.

There’s an indoor mode and an outdoor mode, which tweaks the audio levels of the BRV-X depending on where it’s being used. Braven noted that the BRV-X will be available from February for $229.

Braven’s second new speaker, Mira, is smaller than the BRV-X, it’s shaped like a hockey puck, but most impressively, it’s entirely waterproof. There’s a built-in kickstand which doubles as a hook (allowing users to hang the speaker from walls or in the shower), and music controls on the front of the speaker allow users to adjust audio playback without having to reach for their iDevice.

Its battery life promises “a couple of weeks” of playback in between charges, too.

Last, Braven’s new Vibe speaker is something special. It’s much bigger than the other two models on show, and it promises users the first ever Wi-Fi, Bluetooth audio solution that uses a dedicated iOS app to combine line-in, streaming audio, personal audio, and more.

The network connected speaker essentially allows users to manage all connections to the speaker from its companion iOS app. More than one Vibe can work together, too, and the product is rechargeable (while also featuring a built-in power bank).

Braven’s Vibe will be available late in the second quarter, and pricing hasn’t yet been announced.

Check out our video of Braven’s new offerings:

Are you impressed with what Braven has planned for 2014? 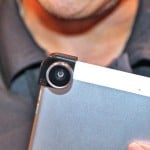 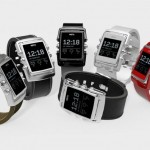 Smart Watch-Maker Meta Hopes To Take On Pebble With New Premium Product
Nothing found :(
Try something else