You are using an outdated browser. Please upgrade your browser to improve your experience.
by Aldrin Calimlim
January 8, 2014
Rise Alarm Clock has just received another notable update. This new update is already the second update to come to Rise this new year, and also the second update to the app since its 4.0 update late last month. Rise 4.0 brought design and compatibility improvements for iOS 7. Most notably, though, it also introduced multiple alarm support, albeit locked behind a $0.99 in-app purchase. Multiple alarms are managed in Rise in the alarm control center, which is the focus of the app's follow-up update last week. If you can't see the video embedded above, please click here. This time, Rise's latest follow-up update delivers a variety of features and refinements. Excluding the jokey "Star Wars"-related items in the update's changelog (i.e. "Saved Solo from Carbonite," "Removed all Jawas," and "Added Wookiee), they are as follows: The new version of Rise Alarm Clock is available now in the App Store as a free update or as a new $1.99 download. The app is compatible with iPhone, iPod touch, and iPad running iOS 7.0 or later. While the newly updated app is working fine on my iOS devices, its recent App Store reviews indicate widespread crashing issues. According to Rise developer Kellen Styler, though, an update that fixes these issues have been submitted to Apple. 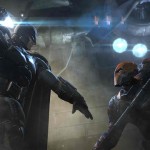