There aren’t many iOS games that promise users “no goals, no points, and no death,” but then again the upcoming Barmark - the first trailer for which surfaced online recently - doesn’t look like your average point-and-click adventure title. Instead, it promises gamers something stranger, something more surreal, and something that’s definitely more interesting, if its trailer is anything to go by.

TouchArcade explains that Barmark is the first game from Stormhatt Studios, a Swedish developer, but beyond this little else concerning the title is known. There’s a curious description of Barmark given by Stormhatt Studios, but even this leaves a lot to the imagination.

Wander through stunning landscapes; immerse yourself within the amazing visuals and sounds of nature. Find harmony by forging your own environments, creating worlds to achieve personal perfection. Experience the calming world, and alter it to your liking.

Then of course there’s the app’s trailer, which sees a lone figure travel through a number of different environments. But do we get a clue as to what the game might entail beyond this? Don’t hold your breath. Here it is:

All of this makes for one intriguing upcoming iOS release, and we’re excited to learn more about Barmark. Much like the game’s content, Barmark’s release date is something of a mystery, too, although in the above YouTube video’s description Stormhatt Studios notes that we’ll see the app launch “in 2014.” Here’s hoping the game’s release comes sooner rather than later.

In the meantime, for more of our recent news, see: Slay More Enemies With The Archer, The Tamer And The Ninja In Slayin 2.0, Prepare Your Suits And Swords For Sony Pictures Television’s Brand New iOS Game, and Refreshed Mac mini Said To Be Incoming As Mac Pro Online Orders Slip. 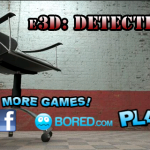 Find The Hidden Objects If You Want To Escape 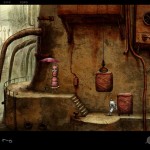 Machinarium Release Date And Device Compatibility Revealed
Nothing found :(
Try something else