You are using an outdated browser. Please upgrade your browser to improve your experience.
by Bryan M. Wolfe
January 15, 2014
We’ve heard rumors for months that Apple plans to supersize both the iPhone and iPad in 2014. Respected research firm DisplaySearch now agrees. The report, “New Display Sizes and Formats to Look for in 2014” is based on numerous interviews with industry contacts made in recent months. Warning “panel maker strategies can change,” DisplaySearch says Apple is working on two iPhones for this year. These include previously rumored 4.7-inch and 5.5-inch models. The firm believes the long-rumored “iPad Pro” will feature a 12.9-inch display with a resolution of 2732 x 2048 and 265 PPI. For the so-called “iWatch,” DisplaySearch believes Apple’s first wearable device will arrive in two sizes, 1.3-inch and 1.6-inch. Both will come with a resolution of 320 x 320, with a 348 and 278 PPI, respectively. 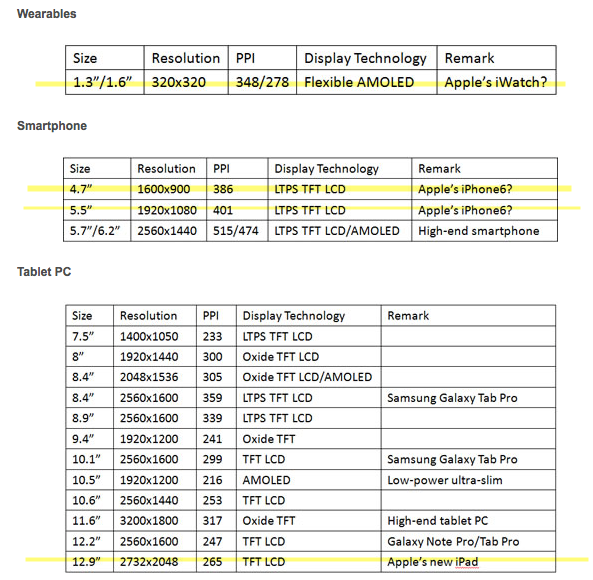 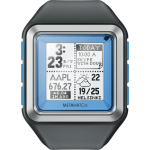 Wearable Technology Will Only Go Mainstream When Apple Launches The 'iWatch'
Nothing found :(
Try something else