You are using an outdated browser. Please upgrade your browser to improve your experience.
by Aldrin Calimlim
January 16, 2014
Brad is not just a bard, nor is he just a barbarian. That's because Brad is one hell of a Bardbarian. Brad is the star of a new game called Bardbarian, which is a clever mix of gameplay elements from different game genres, including arcade, RPG, strategy, tower defense, and shoot-em-up. In Bardbarian, you play as Brad, a barbarian mercenary who fights with powerful riffs instead of traditional weapons. Armed with your axe guitar, you must summon the right allies at the right time to trigger special attacks against the enemies who have come to invade your town. If you can't see the video embedded above, please click here. Bardbarian boasts the following features: Bardbarian is available now in the App Store for $0.99. It's compatible with iPhone, iPod touch, and iPad running iOS 4.3 or later. Developed by TreeFortress, Bardbarian is published by Bulkypix, which last week released the strategic line-drawing game Line Knight Fortix. [gallery link="file" order="DESC"] 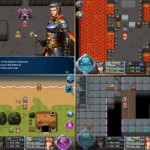 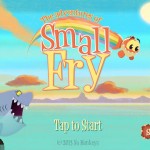 Dive Into Noodlecake Studios' Small Fry Endless Swimming Game For iOS
Nothing found :(
Try something else