You are using an outdated browser. Please upgrade your browser to improve your experience.
by Bryan M. Wolfe
January 23, 2014
Update: It has come to our attention that this is actually what our reader saw. It's not the "iWatch" after all. Numerous concept designs have been released in recent months showing what Apple’s “iWatch” could look like. We’re now publishing what could be the first photo of the actual device in the wild. The photo was taken earlier this month by a Twitter user at the Oakland, Calif. airport. As you can see, the watch looks a lot like a previous generation iPad nano. In this case, however, the device is slightly curved and includes four buttons, two on each side. Our contact, @basschickrocks, told AppAdvice exclusively that she snapped the photo while on a rental car shuttle at the airport. She noted, “The guy wearing it pushed one of the buttons and while I couldn't make out the words on the face, I did notice the Apple logo shadowed on the face. It's not a music player, of that I'm certain.” There is no way to authenticate this photo, of course. We can confirm, however, it was taken at the Oakland, Calif. airport on Jan. 12, 2014. This isn’t that far from Apple’s Cupertino, Calif. campus. The floor is now yours, readers. Do you think this photo shows Apple's iWatch? If it does, do you like it? See also: Report: Apple And LG Sign 'iWatch' Exclusivity Deal, DisplaySearch Hypes Apple's 'iPhone 6,' 'iPad Pro' And 'iWatch', and The Best Apple 'iWatch' Concept Released To Date? 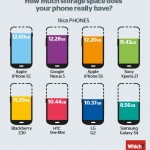 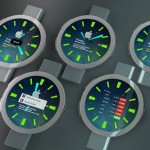 Latest Apple 'iWatch' Concept Combines Functionality And Simplicity
Nothing found :(
Try something else