Apple has another lawsuit on its hands, this time concerning an “overarching conspiracy” to maintain low-grade pay for employees through anti-poaching agreements. Besides Apple, a number of other Silicon Valley giants, including Adobe, Google, and Intel, also stand accused in the lawsuit, which represents more than 64,000 employees.

Though news concerning this anti-poaching lawsuit first surfaced online in October, Apple et al. had hoped to succeed with an appeal. Besides Apple, Adobe, Google, and Intel, several other companies were also involved in the original round of accusations. These included Intuit, LucasFilm, and Pixar, all of which subsequently settled in order to avoid a court battle. Intuit settled for $11 million, while LucasFilm and Pixar paid a combined $9 million.

It's worth noting, however, that employees from Intuit, LucasFilm, and Pixar represent just eight percent of the class.

Yesterday, it was confirmed that Apple, Adobe, Google, and Intel's appeal would not be granted. Reuters explains in an article published following the verdict: “The 9th U.S. Circuit Court of Appeals late on Tuesday let stand an order by U.S. District Judge Lucy Koh in San Jose, California to let the workers sue as a group, and pursue what the defendants said could exceed $9 billion of damages.”

The agreements outlined between Apple et al. were apparently formulated through emails sent between the companies' high ranking executives, including the late Steve Jobs and Google's Eric Schmidt, and the plaintiffs claim that each worked together with the single aim of not poaching one another's talent.

Describing the four companies' behavior as constituting an “overarching conspiracy” to limit employees' pay, the lawsuit rather argues that Apple, Adobe, Google, and Intel violated the Sherman Act and Clayton Act antitrust laws through “conspiring to eliminate competition for labor, depriving workers of job mobility and hundreds of millions of dollars in compensation.”

From what we understand, a trial has been set for May 27. We'll keep you updated with further information as we receive it.

In the meantime, see: Our Future iPhones Could Alter Touch Controls Based On User Movement, Get Ka-Talking As KakaoTalk Messenger Goes 4.0 With A Brand New Design For iOS 7, and Patent Firm VirnetX Holding Corporation To Go After Apple's iPhone 5s, iPad Air. 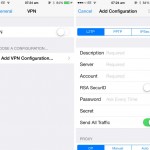 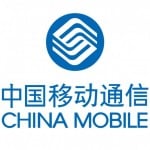 Apple CEO Tim Cook Says iPhone Deal With China Mobile Is Just 'A Beginning'
Nothing found :(
Try something else