You are using an outdated browser. Please upgrade your browser to improve your experience.
by Brent Dirks
January 13, 2014
In a huge acquisition, Google has announced an agreement to purchase Nest Labs for $3.2 billion in cash.

Larry Page, CEO of Google, said: “Nest’s founders, Tony Fadell and Matt Rogers, have built a tremendous team that we are excited to welcome into the Google family. They’re already delivering amazing products you can buy right now--thermostats that save energy and smoke/CO alarms that can help keep your family safe. We are excited to bring great experiences to more homes in more countries and fulfill their dreams!” Tony Fadell, CEO of Nest, said: “We’re thrilled to join Google. With their support, Nest will be even better placed to build simple, thoughtful devices that make life easier at home, and that have a positive impact on the world.”

In the same release, Google said the company will continue to operate under Fadell’s leadership and maintain its own branding. The acquisition is expected to close in the next few months. Fadell, a former Apple VP who is known as the so-called “father” of the iPod, has easily made Nest the top company in the growing connected home sector. The Nest thermostat was released in 2011, and the company followed up with the pictured Nest Protect CO and smoke detector late last year. Both products have been widely praised for their Apple-like simplicity and ease of use. Along with Fadell, a number of other Nest employees came from Apple, so it’s a big surprise to hear that Google made the move to acquire the hot company. Did Apple miss out? 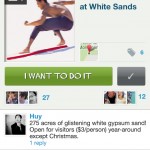 Google To Shut Down Activity Recommendation App Schemer On Feb. 7 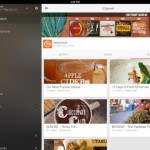