After jailbreaking under iOS 7, you might have found your iOS status bar misbehaving in a couple of Apple’s built-in applications. Fortunately, one jailbreak tweak can fix this problem for free; it’s called StatusBarFix2, and it can be downloaded now in the Cydia Store.

The problem we’re talking about concerns the status bar turning black under iOS 7, and not disappearing as it should in apps such as Weather, Calendars, and Photos. It’s a minor bug in the evasi0n7 jailbreak, though even if your iPhone is suffering from the problem, could be you haven’t actually noticed it yet (for me, I only recognized the bug on my handset when I saw StatusBarFix2 appear in the Cydia Store). However, once the iOS 7 status bar bug has been seen, it cannot be unseen …

For those of you going crazy over this, StatusBarFix2 can correct the problem once and for all through a simple jailbreak package installation. You’ll find the jailbreak tweak available in the Cydia Store free of charge, and once it’s downloaded and installed, your status bar will go back to behaving as it should in Apple’s built-in iOS apps.

This tweak is absolutely safe. No permanent change is made and it can be uninstalled from Cydia with no side effects at all.

If the jailbreak tweak doesn’t correct the problem, its developer has an alternate (yet slightly more complex) fix outlined in StatusBarFix2’s release notes. First, open the status bar bugged app, then connect to your iDevice by SSH and in the shell run: killall –9 [insert app name here and remove brackets]. You’ll find that the open app closes; upon reopening it, the problem should be eradicated.

Installing StatusBarFix2, however, is a lot easier, and it fixed our afflicted jailbroken iDevice.

In order to download the package, be sure to add the following repository to your list of Cydia app sources: http://repo.pnre.co.vu.

Have you encountered this problem? Did you notice it beforehand, and more importantly, has StatusBarFix2 fixed it? 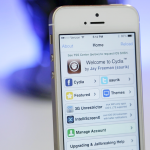 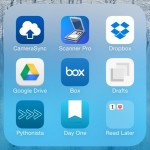