You are using an outdated browser. Please upgrade your browser to improve your experience.
by Brent Dirks
January 22, 2014
While you’re waiting for the next chapter in the Star Wars film saga to hit theaters in 2015, Brando has a pretty awesome accessory that any fan would probably love to have. The officially licensed Darth Vader Lightsaber Portable Charger features a 2,800 mAH battery. That can charge up a completely dead iPhone 5s to 100 percent almost twice. Touted as a high-quality collectable, the battery itself can be charged with an included micro-USB cable. Pressing the on button will begin to charge your device while lighting up four red LED indicators on the front of the lightsaber. You can purchase the charger now directly from Brando’s site for $49.90. Even if the portable charger isn’t for you, the site has a number of officially licensed iOS device accessories. Some of my favorites include an “Iron Man 3” Armor Power Bank and a Batman armor protective case for the iPhone 5s/5. And if you’re needing a little more juice, but want to stick with the Star Wars universe, the company also offers a Darth Vader engraved 9,000 mAH power pack. For other recent accessory news and reviews, see: Review: DODOcase Durables Is The Perfect Compliment For A Caseless iPad Air, This Week In Accessories: CoverBuddy, Seidio Ledger For The iPhone 5c And More, and Review: Turn Your Thumb Green With Parrot’s Flower Power. 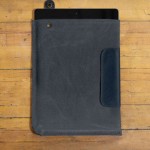 Review: DODOcase Durables Is The Perfect Compliment For A Caseless iPad Air 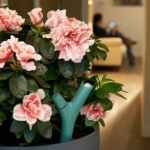 Review: Turn Your Thumb Green With Parrot’s Flower Power
Nothing found :(
Try something else