You are using an outdated browser. Please upgrade your browser to improve your experience.
by Aldrin Calimlim
January 22, 2014
Apple has just debuted a pair of shortened versions of its "Your Verse" TV ad for the iPad Air, which was first aired nearly a couple of weeks ago during the NFL playoffs. The launch of the new ads coincides with the 30th anniversary of another Apple TV ad — perhaps the most iconic one — that debuted during a big football game: the Ridley Scott-directed "1984" Macintosh commercial, which had its only U.S. daytime televised broadcast on Jan. 22, 1984. The new ads are called "Light Verse" and "Sound Verse," with the former consisting of scenes with flashes of light and the latter with a succession of sounds. Like "Your Verse," both ads show how people from different fields and interests are able to use the iPad in impressive ways, as detailed in the "Your Verse" companion webpage. If you can't see the video embedded above, please click here. But at just 30 seconds, each runs for a minute shorter than the original ad. Also, each features an abridged version of the original's voiceover track, which is taken from Robin Williams' speech in the film "Dead Poets Society":

So, if transcendental poetry is not really your thing, perhaps hearing it and having it interpreted in short servings, as with "Light Verse" and "Sound Verse," will fare better with you. You can check out "Light Verse" above and "Sound Verse" below. If you can't see the video embedded above, please click here. 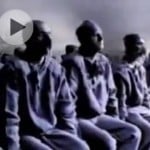 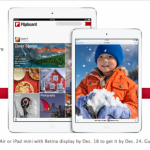 How High Did iPad Sales Go During The Holiday Quarter?
Nothing found :(
Try something else