You are using an outdated browser. Please upgrade your browser to improve your experience.
by Aldrin Calimlim
January 5, 2014
Typo has just issued a statement in response to the lawsuit that BlackBerry filed yesterday against its flagship product, the Typo iPhone keyboard case. The statement comes to us through a press release from Typo (via iMore):

We are aware of the lawsuit that Blackberry filed against Typo Products. Although we respect Blackberry and its intellectual property, we believe that Blackberry’s claims against Typo lack merit and we intend to defend the case vigorously. We are excited about our innovative keyboard design, which is the culmination of years of development and research. The Typo keyboard has garnered an overwhelmingly positive response from the public.

If you can't see the video embedded above, please click here. Unveiled a month ago, the Typo iPhone keyboard case is a Bluetooth-enabled device that effectively affixes a full tactile keyboard onto the bottom of an iPhone 5 or iPhone 5s. The case covers the iPhone's home button, but the keyboard offers a dedicated key that mimics the button's functionality — sans Touch ID on the iPhone 5s, of course. The snap-on keyboard accessory costs $99. It's backed by Ryan Seacrest, the popular radio personality and TV host, and is scheduled to be launched this month. But the accessory's design has apparently caught the attention of BlackBerry, which has sued Typo over its "blatant infringement against BlackBerry's iconic keyboard" and with the aim of protecting "our intellectual property against any company that attempts to copy our unique design." Be that as it may, Typo is set to launch its iPhone keyboard case at the Consumer Electronics Show (CES) in Las Vegas next week. It's also set to proceed with its plans to ship preorders for the product by the end of this month. 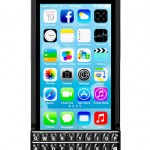 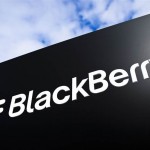 At BlackBerry, The Sky Continues To Fall
Nothing found :(
Try something else