You are using an outdated browser. Please upgrade your browser to improve your experience.
by Bryan M. Wolfe
January 31, 2014
Two weeks ago, Walter Isaacson explained that Google, not Apple, was the innovator of our time. As a result, Steve Jobs' biographer felt that Apple CEO Tim Cook was vulnerable. Isaacson has now backed away from those comments. In an appearance on Bloomberg TV, the biographer now says that innovation isn’t everything. “Execution is what really matters, and Apple is the best at execution,” he explains. I’ve been very critical of Issacson’s strange habit of knocking Apple in the post-Jobs era. His latest comments are equally strange because of the flip flop. This is actually a shame, because some of what Issacson says actually makes a lot of sense. He notes:

I don’t think Apple will ever be great at doing low-end. It really makes insanely great products, to use a phrase Steve used 30 years ago when he launched the Mac. What I think is going to have to happen is they’re going to have to figure out a whole new set of disruptive products. You’ve heard Tim Cook hint about that, whether it’s television or a wearable watch. I don’t think Apple’s going to do well trying to be on the commodity low-end race with Samsung and others.

Take a look: What do you think of Isaacson's latest comments about Apple? See also: The Blame Game Has Begun After Weaker Than Expected iPhone Sales, Report: NSA Collects Personal Data Sent By ‘Leaky’ Smartphone Apps, and Study Says Apple Does More Than Any Other Online Retailer To Protect User Passwords. 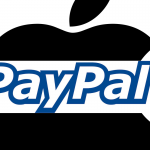 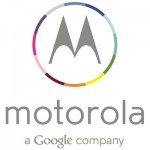