ACR Drift is an upcoming racer application developed by Crooz and Eutechnyx, which is set to pull into the App Store later this month. In advance of this, however, a new trailer for the app has hit the Web showing off ACR Drift’s impressive vehicle customization options, its nitro-fueled gameplay, and its online multiplayer-based gaming modes.

Eutechnyx has experience working with racers, according to its website, having developed Auto Club Revolution and NASCAR The Game: Inside Line. Crooz, on the other hand, has brought a handful of free-to-play titles to the Japanese market and is looking to conquer the U.S. App Store.

The two have partnered together for the global release of ACR Drift, but what can we expect from the upcoming title? In a recent press release, the pair note:

ACR DRIFT™ focuses on the fun, the challenge and the payoff of mastering the perfect track turn, gliding gracefully across corners and narrowly avoiding obstacles with the simple swipe of a fingertip. Players have access to more than 50 supercars from 17 cutting-edge manufacturers, gorgeously brought to life with impeccable visual detail, lighting and graphical performance for mobile platforms.

Now, a brand new trailer for ACR Drift has hit the Web, showing off its impressive gameplay in more detail. Here’s the trailer (via TouchArcade) – see what you think:

ACR Drift has already soft-launched in the Australian App Store, and it should make an appearance in the United States by late February. We’ll let you know once the free title is available to download.

In the meantime, see: Cydia Tweak: Add A Colored Tint To The iOS User Interface With UIColors, Forget Dungeon Keeper For iOS And Grab The Original Free Of Charge, and Apple Publishes Localized ‘Mac 30’ Mini-Sites For Select Asian Countries. 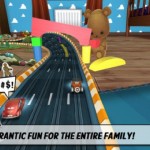 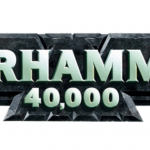 Yet Another Warhammer 40,000 iOS Game Confirmed To Launch In 2014
Nothing found :(
Try something else