It looks like Apple has been given the go ahead to build its most iconic retail store to date. Situated in San Francisco’s Union Square, the upcoming Apple Retail Store will be “a flagship” retail location “more iconic than the glass cube in New York City,” according to an Apple spokesperson.

The news reached us from 9to5mac, and the website explains: “The changes announced today include moving the historic fountain outside the new location to center it in the resized plaza. According to Apple’s architect, the fountain will be moved in one piece rather than disassembled and rebuilt a few feet away from its current position.”

Preservation problems surrounding the fountain had originally hindered Apple’s progress in developing the new retail store, but its latest plan “was accepted this week,” the publication adds.

Free Wi-Fi will be made available to the public at the Union Square retail location, and San Francisco’s planning committee apparently reached their decision after two hours of interviews with “union members, private citizens, and nearby businesses.” The committee then decided in favor of Apple by a majority of five to one.

One condition was added to the approval, however: the plans must be reevaluated to improve accessibility to the second floor of the store and the plaza.

After San Francisco’s Board of Supervisors has approved the project, Apple will finally be able to begin constructing its new venue. We’ll keep you updated with further information as we receive it.

In other retail news, Apple confirmed yesterday that its first Apple Retail Store in Brazil is set to open on Feb. 15. Located in Rio de Janeiro, the new venue is expected to benefit from high levels of footfall later this year when Brazil hosts the FIFA World Cup.

See also: Apple Requires ‘Interest Age’ For iBooks Aimed At Children, Teens By June, Following 8 Percent Decline In Price, Apple Bought Back $14 Billion Of Its Own Stock, and Are You The Only One? Find Out By Playing This New Hack-And-Slash Game For iOS. 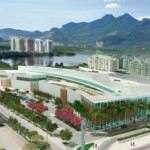 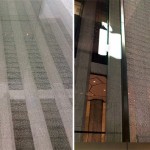 Storm Crew Damages The Iconic Cube At Apple's Fifth Avenue Store
Nothing found :(
Try something else