Over in its iBookstore, Apple has asked authors to provide an “interest age” for iBooks aimed at children, teens, and young adults. In a message sent out using iTunes Connect, the Cupertino, Calif. company has asked the information to be provided by June this year.

The news reached us from AppleInsider, which received the note from an iBookstore author (pictured below). “Interest Age for Children and Teens” is one of several new features added to the iBookstore: in the note, Apple explains that an interest age is required for all iBooks filed under the Juvenile Fiction; Children’s, Young Adult, and Educational; and Jeunesse categories.

Last year, Apple made it possible for pre-teens to open Apple ID accounts through their school. The company’s iPad is seeing a growing presence in the education sector, driven on in no small way by the iBookstore.

Apple’s Mobile Device Management (MDM) system, which it added in iOS 7, also makes it easier for teachers and school staff to manage and configure apps and accessibility options for iOS devices used in the classroom.

The aforementioned interest age rule will be enforced by June, and once in place, it should make content discovery a lot easier for parents and younger iOS device users.

See also: Following 8 Percent Decline In Price, Apple Bought Back $14 Billion Of Its Own Stock, Are You The Only One? Find Out By Playing This New Hack-And-Slash Game For iOS, and Disney Updates Frozen Free Fall With New Characters, Power-Ups, Levels And More. 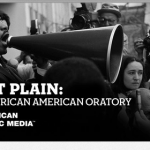 Day 8 Of Apple's 12 Days Of Gifts Lets You Get Book 1 Of 'Diary Of A Wimpy Kid' For Free
Nothing found :(
Try something else