One new Indiegogo project is hoping to bring an iPhone-compatible temperature and humidity monitor called BluCub to the market. The small, bite-sized product hooks up to an iOS device using a dedicated application, and can measure temperatures ranging from –20 to +50 degrees C (–4 to 122 degrees F).

BluCub maintains its connection with an iOS device using Bluetooth low energy (LE), and as such you can fetch for data from the product from as far as 50 meters away. Humidity is measured from 0 to 100 percent, and BluCub promises a three-year battery life while also allowing users to replace its built-in battery, too.

Best of all, though, the product is really quite small, measuring at just 50 by 50 by 20 millimeters, meaning owners should be able to hide a BluCub out of sight for discrete temperature and humidity measuring in a number of places. For example, you could add the product to a greenhouse, a fridge freezer, a wine cellar, or a baby’s room in order to gain crucial information on temperature and humidity levels on your iOS device.

Plus, the BluCub iOS app can handle more than one device, meaning you can measure the temperature and humidity across a number of locations in your house or workplace.

You can support the BluCub project at Indiegogo now, and iOS device owners can effectively preorder the product for a pledge of £25 (around $42) – provided it reaches its funding goal of £50,000. There are 33 days left on the project, and so far just over £3,300 in funds has been amassed.

For more information, head over to BluCub’s Indiegogo Web page. 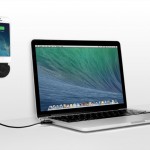 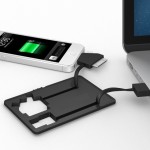 The Jumper Card Is A Swiss Army Knife For Mobile Phones
Nothing found :(
Try something else