You are using an outdated browser. Please upgrade your browser to improve your experience.
by Joe White
February 11, 2014
Apple is said to have asked Taiwan Semiconductor Manufacturing Company (TSMC) to produce iPhone 6 Touch ID fingerprint sensors using the same iPhone 5s method, according to a recent report. Though higher 12-inch wafer level packaging (WLP) had been cited as a possibility for the next-generation handset’s fingerprint scanner, Apple has apparently asked TSMC to maintain eight inch production in order to foster higher yield rates. The news comes in a recent report from DigiTimes, which explains:

Given that Touch ID production was one of the problems behind iPhone 5s supply constraints last year, it’s no surprise Apple is treading carefully with its upcoming iPhone 6. DigiTimes explains that yield rates for 8-inch WLP are in the region of 95 percent, while the larger 12-inch production process results in a yield rate of between 70 and 80 percent. Of course, it could be this year will see the launch of Touch ID not only on refreshed iPhone hardware, but also on new iPad devices, too. Though some expected Touch ID-equipped iPads and iPad minis to launch from Apple in 2013, the Cupertino, Calif. company held off on brining the fingerprint scanner to its tablets, instead establishing Touch ID as an iPhone 5s-exclusive feature. This year could be different, however, and if this is the case a high yield rate for fingerprint sensor production is all the more important. We’ll keep you updated with further information as we receive it. In the meantime, see: AppAdvice International: Siri, Brazil And Scotland Yard’s Tablet Investment, Flappy Bird Developer Speaks Out For First Time Since Clipping Hit Game’s Wings, and Cydia Tweak: ToggleControlsAgain Brings A Little Piece Of iOS 6 To iOS 7. 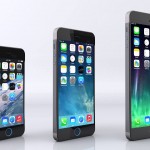 The Latest Apple 'iPhone 6' Concept Video Shows 3 New Handsets Putting On A Show
Nothing found :(
Try something else