If you’re the kind of iOS device user that often snaps pictures of passwords, credit cards, and private information, a new jailbreak tweak called LockSafe could be of interest. The package, which is available for $1.99, adds a private, secure photo locker to one’s Lock screen, and in doing so it keeps your important images close by while protecting them from prying eyes.

We’ve probably all been in a situation where someone, for one reason or another, has got hold of our iPhones. If you have private information stored in the Photos app, you’re at risk of that same intrusive person stumbling across it while looking through your holiday snaps, and without locking down the whole application entirely – using something like AppLocker or even the Touch ID-powered BioProtect – it’s difficult to guard individual images, while leaving others accessible.

Cue LockSafe, a clever package that adds a photo locker to the Lock screen. Once downloaded and installed, users can add images to the jailbreak tweak and then access them using a gesture at their iOS device’s Lock screen; it’s as simple – but effective – as that.

LockSafe is fully password protected, too, meaning that besides being protected by its “secret” gesture, users also need to input a password before they can access the photo locker.

After an image has been added to LockSafe, it can be deleted from the Photos app – though it might be worth backing up any images of particular value. After configuring the jailbreak tweak in this way, the images housed in LockSafe are fully protected from anyone who happens to get hold of your iPhone handset. Useful, right?

This might not be the kind of jailbreak tweak I’d get much use out of, but I can nevertheless see how it’d appeal to certain users. For me, I try to keep the Photos app as empty as possible through offloading captured images to my Mac using a combination of Dropbox and Hazel; this way, there’s more room for iOS apps, of course!

If you’re the kind of iOS device user who stores a lot of images locally, LockSafe is available to download in the Cydia Store for $1.99.

Check out the new jailbreak tweak now, or for more of our recent news, see: The Latest Apple ‘iPhone 6’ Concept Video Shows 3 New Handsets Putting On A Show, Fall In Love All The Way To Bikini Bottom In SpongeBob Moves In, and Apple Is Now Hiring An Exercise And Fitness Physiologist For The ‘iWatch’. 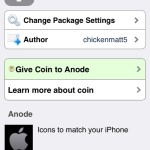 Cydia Tweak: Anode Is A New Theme That Can Match The Color Of Your iOS Device 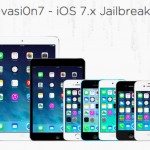 Jailbreakers, iOS 7.0.5 Can Now Be Safely Jailbroken Using evasi0n7 1.0.5
Nothing found :(
Try something else