You are using an outdated browser. Please upgrade your browser to improve your experience.
by Brent Dirks
February 4, 2014
Evernote has just announced the addition of an interesting technology to its Mac app. For users with a lot of notes, Descriptive Search will make it much easier to find exactly what they are looking for. The feature lets users describe what they are searching for in common terms. Here’s some examples from an Evernote blog post:

Descriptive Search is now available for English in the Evernote for Mac app. It can be downloaded now here. The feature will soon be making its way to other languages and versions of Evernote. Just last week, the universal iOS app was updated to version 7.3 that brought a number of customization options and other improvements. Easily my favorite addition in the update is the redesigned homescreen. Along with a revamped New Note button, users can also select from one of three different color themes. Also in January, Evernote announced that files stored in accounts now sync up to four times faster than before. While Evernote is free across all platforms, a Premium subscription is available for $45 per year or $5 per month. That gives users a number of other features including PIN lock for the app and offline access to notebooks. 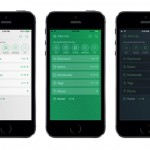 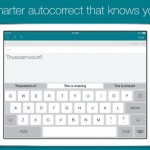 SwiftKey Predictive Keyboard Arrives On iOS In New Evernote-Integrated App
Nothing found :(
Try something else