It looks like Apple is again planning on increasing the size of its North Carolina data center.

The news comes from the Hickory Daily Record, and the publication draws attention to a number of new plans filed with Catawba County. As before, it seems the Cupertino, Calif. company is looking to build an additional structure on the side of its existing 500,000-square foot complex.

As the publication notes, “Plans filed with the county for the data center say it will be 14,246 square feet and 25 feet tall. It will be made of precast concrete wall panels along steel columns.”

The plans call for an office, business area, breakroom with one unisex toilet and storage area.

Like the previous tactical data center, plans for the new one shows banks of computers in the main portion of it and 11 air units to cool it. Two more air units will supply the office and other occupied area of the data center.

Security measures are similar to the existing complex, and include a “man-trap door” – that is, a setup whereby only one door may open at any given time.

This most recent data center addition comes following the construction of Apple’s first “tactical data center” at its North Carolina complex. Located at the rear of the main data center, this structure was built in 2012 and is some 20,000-square-feet in size. The new add-on is expected to be positioned alongside this building.

News of Apple’s original North Carolina data center first surfaced online a few years ago, and back then we heard that the complex would help power an upcoming cloud-based music service. The data center uses renewable energy, and across the street Apple has a 100-acre solar farm generating green energy for the complex.

All in all, Apple’s North Carolina data center is a huge setup that’s about to get even bigger. 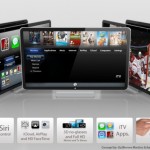 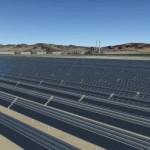 Apple Is Planning On Building A Huge Solar Farm To Power Its Reno Data Center
Nothing found :(
Try something else