For many, working at Apple might be a long-held dream, but according to one former designer that dream can soon turn into a nightmare. In a recent article the ex-employee, Jordan Price, tells all, and explains how after some time working in Cupertino he eventually decided to quit his job with one of the most prestigious companies operating today.

The post can be read in full over at Medium, and it reached us from Boy Genius Report. Price notes that he was called for a surprise interview at Apple, and that when he was offered a job as a designer he couldn’t believe his luck. But the situation soon turned sour, as he explains:

I hardly (hardly meaning never) saw my daughter during the week because the hours were so inflexible. I had also taken a substantial pay cut, but I figured I was making a long-term career investment by working for such a prestigious company. […]

There were meetings all the time which were disruptive to everyone’s productivity, but they seemed to be a necessary evil in a company that’s so large with such high-quality products.

In particular, Price was surprised to find that his “immediate boss (known as an Apple producer)” had a habit of “making personal insults shrouded as jokes to anyone below him.” Price writes: “He was democratic about his patronizing and rude comments, but it didn’t make me feel any better when he directed them towards my team members.”

Price soon lived for Friday evenings, and dreaded Monday mornings; “the jokes, insults, and negativity from my boss started distracting me from getting work done,” he explains. Then one day, after a mishap that saw him arrive at work slightly later than usual, Price decided that enough was enough:

Without so much as a hello, my boss hit me with another weird low-blow insult wrapped up nicely as a joke. I tried to ignore it and get back to work, and I realized I just couldn’t focus at all on my job. I was too caught up thinking about how I should deal with the situation. Should I put in my notice? Could I make it to the end of my contract? Could I switch to a different team? How could I find a new job if I was always stuck in Cupertino? Maybe I should bop my punk boss in his nose?

He didn’t sucker-punch his boss, but what Price did do was erase the contents of his company iPad Air, drop the files he was working on in his team server, and leave Apple’s headquarters, never to return again. “I left a message for my boss and told him he’s the worst boss I had ever encountered in my entire professional career and that I could no longer work under him no matter how good Apple might look on my resume.”

Of course, this is just one employee’s experiences at Apple, but it’s nevertheless disappointing to read. You can get hold of the full account over at Medium. 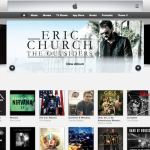 As A Separate Company, Apple's iTunes Would Rank No. 130 On The Fortune 500
Nothing found :(
Try something else