Flappy Bird might have departed the App Store, but for jailbreakers who managed to download the game before its removal one new package brings a bunch of customization options to the addictive app. Called FlappySkinner, the jailbreak tweak allows gamers to set a user-defined skin for the application, and it can be downloaded in the Cydia Store now free of charge.

There are plenty of skins available in FlappySkinner already, and users can also load their own skins using an image URL, too. Preloaded skins in the jailbreak tweak include an Angry Birds Space theme, “Canabird” (pictured above) – a homage to the popular Canabalt iOS game – “Flappy Mario,” and themes based on both Minecraft and Pac-Man.

You can install a theme in FlappySkinner by simply selecting it from the list, and hitting “Apply Selected Image.” The jailbreak tweak will then patch the Flappy Bird iOS app, adding whatever theme you chose – it’s as simple as that.

FlappySkinner can be downloaded free of charge in the Cydia Store, and it’ll add an iOS app to your Home screen. Of course, iOS device users hoping to enjoy the package will need to have downloaded Flappy Bird before its developer yanked it from the App Store – without the game, this jailbreak tweak is completely redundant.

If Flappy Bird is still flying high on your iOS device, however, FlappySkinner is definitely a lot of fun.

Check out the new jailbreak tweak now, or for more of our recent news, see: Cydia Tweak: Add A Splash Of Color To Badge Notifications With ColorBadges, Rakoo’s Adventure 3.0 Celebrates Valentine’s Day With A Whole New World, and Mi Clos Studio Submits Out There To The App Store, Confirms It’s A Universal App. 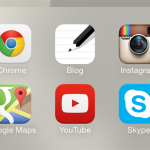 Cydia Tweak: Add A Splash Of Color To Badge Notifications With ColorBadges 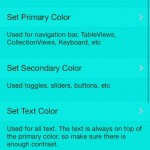 Cydia Tweak: Add A Colored Tint To The iOS User Interface With UIColors
Nothing found :(
Try something else