You are using an outdated browser. Please upgrade your browser to improve your experience.
by Bryan M. Wolfe
February 20, 2014
Of the 121 million smartphones sold in the U.S. in 2013, 45 percent were iPhones. This was an increase of 1 percent from 2012, according to AppleInsider. The NPD Group survey of the top U.S. smartphone brands shows that Samsung took 26 percent of the market in 2013. They were followed by LG (8 percent), HTC (6 percent), and Motorola (4 percent). In total, smartphone sales rose 21 percent year over year. Among those earning more than $100,000 per year, the iPhone accounted for 33 percent of all smartphones sold. By this measure, Samsung accounted for 18 percent of the market. The lower the income, the higher the likelihood a user selected a Samsung smartphone. For example, those making less than $30,000 choose Samsung over Apple, 32 percent to 20 percent. Despite Samsung’s lead, iPhone sales grew 64 percent among lower income users last year. Stephen Baker, vice president of industry analysis at NPD notes:

With the fastest growing segments of the industry in the lowest income demographics, both Apple and Samsung face challenges in 2014. For Samsung this demographic is likely to be the most competitive segment of the market in 2014 and they have a very high dependency on sales here. Apple has the opposite problem of gaining share in the fast growing entry-level market while still maintaining its position as the dominant supplier to affluent consumers.

In 2013, prepaid devices saw growth of 68 percent year over year. This compared to a 29 percent increase for postpaid devices. As a whole, postpaid devices lead prepaid, 71 percent to 29 percent. The NPD survey measures activities of U.S. consumers 18 or older who purchase a mobile phone or smartphone. It does not include corporate mobile phone purchases. See also: Apple's Future Is In China, Japan And Asia Pacific Region, The Only Way Is Up For Apple's Share Of China's Smartphone Market, and The Big Samsung Galaxy S5 Reveal Is Coming Feb. 24. 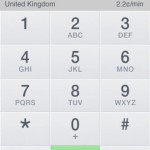 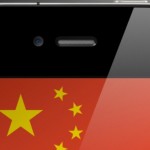 The Only Way Is Up For Apple's Share Of China's Smartphone Market
Nothing found :(
Try something else