You are using an outdated browser. Please upgrade your browser to improve your experience.
by Brent Dirks
February 18, 2014
Forget the iWatch. A recently published Apple patent details an interesting health-monitoring device built into a pair of headphones or earbuds. Along with being able to track user activity during exercise, the proposed technology can sense other biometric data like temperature, perspiration, and heartbeat. And at least one embodiment of the technology features control with head gestures, according to the filing:

Entitled “Sports monitoring system for headphones, earbuds and/or headsets,” one of the more interesting facts from the patent is its original filing date of Aug. 21, 2008. That shows Apple has been interested in activity tracking technology for almost six years. Christopher Prest and Quin C. Hoellwarth are listed as the inventors on the patent. The pictured image show a diagram of the monitoring system located near an earbud. As the wearable technology market has continued to heat up, Apple is reportedly hard at work on a so-called iWatch that could possibly contain many similar technologies. For other news today, see: Madison Avenue Calls Apple And Amazon ‘Slow, Cocky And Downright Stingy,' Apple Has 1.67 Billion Reasons To Introduce A Touch ID Mobile Payment System, and Apple's Newest 'Your Verse' Story Features Very Snowy, Mountainous Terrain. 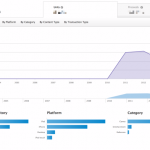 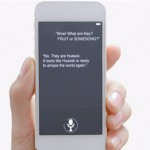 Huawei Tries To Sell Its New Devices By Bashing Siri
Nothing found :(
Try something else