If a new federal bill gains traction, we could see all new smartphones across the United States – including our iPhones – ship with an anti-theft “kill switch.” Introduced by four Democratic senators on Thursday, the law would require cellular devices to include a trigger that could permanently deactivate the handset, if it happened to be lost or stolen.

The news reached us from Re/code, which explains: “the Senate bill appears to target only devices with a cellular connection, though it is still likely to encounter stiff resistance from portions of the cellular and electronics industries, many of whom oppose mandatory kill-switch laws or have significant reservations.”

Besides recommending the addition of a kill switch, the bill also calls for all smartphones to allow users to remotely wipe data from their handset. Though Apple introduced a similar (and much-praised) Activation Lock feature with iOS 7, enabling this iOS security measure is entirely optional.

However, an enforced kill switch for all smartphones isn’t something the industry in general agrees should be implemented. Concerning the federal bill, CTIA - The Wireless Association said in a statement:

While Senator Klobuchar and CTIA are of like mind when it comes to wanting to prevent the theft of wireless devices, we clearly disagree on how to accomplish that goal.

Rather than impose technology mandates, a better approach would be to enact Senator Schumer’s legislation to criminalize tampering with mobile device identifiers. This would build on the industry’s efforts to create the stolen device databases, give law enforcement another tool to combat criminal behavior, and leave carriers, manufacturers, and software developers free to create new, innovative loss and theft prevention tools for consumers who want them.

Re/code adds that certain carriers – such as T-Mobile – “are not opposed to a kill-switch requirement per se,” but are concerned that thieves could use the feature to hold smartphones ransom. Given the well-documented preference among criminals for stealing iPhones, this indeed sounds like a realistic possibility. In fact, I can picture a future “Taken” sequel that could revolve around such a storyline. 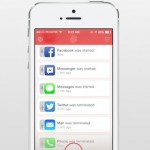 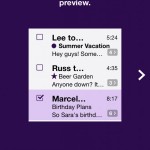 Yahoo Mail User? Hackers Could Have Your Credentials, Too
Nothing found :(
Try something else