You are using an outdated browser. Please upgrade your browser to improve your experience.
by Brent Dirks
February 3, 2014
The World Wrestling Network has unofficially confirmed that its new WWE Network will be arriving on the Apple TV Monday, Feb. 24. In the Facebook post, first spotted by MacRumors, a WWE representative answers a question from a fan:

In order to experience WWE Network on an Apple TV, you must have a second generation or later (black) Apple TV and be a WWE Network subscriber. Once WWE Network is available, you will be able to launch the WWE Netowrk (sic) app directly from your Apple TV. Let us know if you have further questions! Thank you.

The network will feature 12 WWE live pay-per-view events, including WrestleMania. It also includes original programming, reality shows, documentaries, classic matches, and more than 1,500 hours of on demand-video. A subscription to the channel will cost $9.99 per month. Fans will be able to take advantage of a one-week free trial. Along with the Apple TV channel, the network will be accessible through both the iPad and iPhone. Apple most recently introduced the Red Bull TV channel to its device back in January. Since November, a number of other channels have been added, including Watch ABC, Bloomberg, Crackle, KORTV, Yahoo Screen, and PBS. For other news today, see: ConnecTV 4.0 Brings One-Touch Navigation And Clipping Plus More Features, Syllable Speed-Reading App Updated To Version 2.1 With Significant Improvements, and Pebble Snap Snags Support For Pebble OS 2.0 And New 'Tap To Snap' Feature. 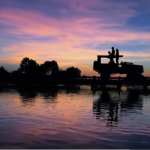 Apple Releases Its Own Super Ad, One Day After The Big Game Ended 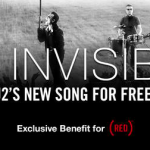 Apple, Bank Of America And (RED) Offering Free iTunes Download Of U2's 'Invisible'
Nothing found :(
Try something else