You are using an outdated browser. Please upgrade your browser to improve your experience.
by Bryan M. Wolfe
March 14, 2014
Not long ago, it wasn’t a question of whether Apple would unveil an actual television set, but rather when they would do it. In recent months, however, “iTV” stories have all but dried up. Now, we might know another reason why. According to IHS consumer devices analyst Jusy Hong, the global TV market has once again declined; off 6 percent year over year. This means the “golden period of tremendous growth” for HDTVs is officially over after two years of declines. Hong notes:

The global TV market continues to be in transition following a golden period of tremendous growth from 2009 to 2011. Television shipments were down again in 2013 just like in 2012, but an unusual development was the slow market last year in China, Asia-Pacific and Eastern Europe—until recently among the brighter spots for the industry.

Were declining market conditions the only factor to consider, Apple might still be pushing for an iTV. Unfortunately, it is not. Apple didn’t want to simply release another TV set. Instead, they wanted to create an ecosystem where the user, not the cable and satellite companies, would choose the content available. Unfortunately, as The Wall Street Journal reported in February, Cupertino was never able to secure separate deals with content providers. Put together, this suggests the television product Steve Jobs once envisioned may never see the light of day. Instead, Apple is likely to unveil a “less ambitious” product this year. In other words, a next-generation Apple TV set top box. I never thought releasing an actual television set was a necessary precursor for Apple to find success in the living room. I did feel, however, that Apple needed content providers to make any new product a game changer. Until the industry allows users to select their content, things aren't going to change. People will continue to drop cable and turn to services like Netflix and Amazon Instant Video. Given these conditions, it will be interesting to see what Apple actually has planned. As usual, we'll keep you updated. See also: Good News For Those Hoping The Apple TV Becomes A Gaming Device 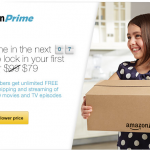 For The First Time, Amazon Raises The Price On Prime Membership