You are using an outdated browser. Please upgrade your browser to improve your experience.
by Bryan M. Wolfe
March 12, 2014
New online job postings suggest the Apple TV is going to gain camera support. This probably means Cupertino’s “hobby” product will eventually become a gaming device, as has been rumored, according to AppleInsider. Each listing notes that successful candidates will fill positions on Apple’s Camera Software team. Required work for each will be done across “all of Apple’s innovative products,” including the camera-less Apple TV. Job listings include those for Camera Algorithms Developer, Camera Tuning Framework Engineer, and Media System Performance Engineer. All require qualified candidates to have experience working with camera capture frameworks. AppleInsider admits that the mention of the Apple TV for camera-related positions “could just be boilerplate text.” Nonetheless, they note that when coupled with Apple’s 2013 acquisition of PrimeSense, the listings do suggest big changes are coming to the Apple TV. The Israeli 3-D sensor firm is behind Microsoft’s first-generation Kinect motion controls. In January, iLounge was one of the first to report that the Apple TV could soon add support for games. It’s been almost two years since the current Apple TV was introduced. Rumors suggest Apple could unveil a new box in the coming weeks. See also: The ‘Amazon TV’ To Ship With Hulu Plus And Netflix, Apple Adds Apple TV Channel For iTunes Festival SXSW, and Apple TV Software Update Makes It Much Easier To Hide Unwanted Channels. Photo: CNET

The ‘Amazon TV’ To Ship With Hulu Plus And Netflix 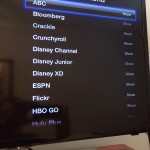 Apple TV Software Update Makes It Much Easier To Hide Unwanted Channels
Nothing found :(
Try something else