You are using an outdated browser. Please upgrade your browser to improve your experience.
by Brent Dirks
March 25, 2014
Apple has made a significant hire to improve its online retail efforts. According to AdAge, former Delta vice president Bob Kupbens has joined Apple. His new title is Vice President of Apple Online Retail. Kupbens was previously involved in the marketing and digital commerce efforts at the airline. Before his time at Delta, he pioneered the e-commerce operations at Target. And at AdAge event last year, Kupbens spoke about the contrast of changing over from a “love brand” like Target to an airline:

"I used to work at Target and when you went to a cocktail party and you told people that you worked at Target, you know what they'd say?" he asked. "'I love Target! I'll give you a big hug!' You know what people say when you tell them at a cocktail party that you work at Delta? 'I hate you! You lost my bag! You had me on the tarmac for seven hours. I'm going to kill you!' It's different when you work for a love brand."

Apple's 500 Millionth iPhone Has Been Sold 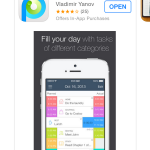 Apple Testing Related Search Keyword Suggestions In App Store On iOS
Nothing found :(
Try something else