Apple is said to have been on a hiring spree in China and Taiwan in an attempt to speed up the development of a pair of bigger, phablet-style iPhones, according to a recent report. The large number of recent hires means Apple's China-based operations staff is now 600 strong (and growing).

The news comes from The Wall Street Journal, which explains that Apple has been hiring staff away from companies including HTC, and argues that the Cupertino, Calif. company is planning on “faster and more frequent product launches.” In particular, The Wall Street Journal continues to claim that two larger-sized iPhones are incoming and should launch before the year's end.

The hiring push reflects Apple's need for more engineers to work with Asian suppliers on developing components for coming iPhones and iPads as it plans for faster and more frequent product launches. (…)

Apple is also looking to increase “its number of supply-chain managers in the wake of criticism over factory conditions at some of its suppliers,” the publication adds.

Despite its recent efforts to bring a degree of product and component production to the United States (with the Mac Pro and its recent sapphire plant in Arizona), Apple's presence in Asia is only continuing to grow. Jobs are markedly varied, The Wall Street Journal notes, and range “from working with suppliers on hardware development for touchscreens and cameras, to electrical engineering and software quality assurance.”

As a reminder, we've heard from a number of different sources that at least one bigger iPhone is set to launch in 2014.

This so-called “iPhone 6” should appear in September or October, and besides being thinner and larger than previous models, it's also expected to utilize sapphire glass in its display.

See also: Hike Messenger Updated With iOS 7 Redesign, 2-Way Chat Themes And More, Dear Diary, Today Grid Diary Got Updated To Version 2.0 With A New Look For iOS 7, and And The Oscar Goes To … Whoever Kickstarts This Atmospheric Platformer Game. 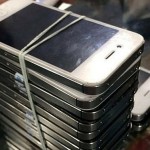 In China, Scammers Are Making 'New' iPhones From Broken Handsets