You are using an outdated browser. Please upgrade your browser to improve your experience.
by Bryan M. Wolfe
February 25, 2014
Apple began releasing iPhones in the fall in 2011. Since then, many have wondered whether Cupertino would return to a summer release schedule for its most popular device. That may yet happen, but it probably won’t be this year, according to 9to5Mac. GT-Advanced Technologies is supplying Apple with the new sapphire crystal component likely to be found on the next-generation iPhones. In the company's recently published earnings report, they note they “will return to profitability” in the second half of 2014. As 9to5Mac rightly notes, this suggests Apple won’t be releasing new iPhones until the fall. Some rumors had suggested a summer release for the "iPhone 6" was possible. As previously reported, the sapphire glass to be used in Apple’s new products will be manufactured at a new plant in Mesa, Arizona. The facility is on track to open very soon, as GT-Advanced confirms. They state:

Our arrangement to supply sapphire materials to Apple is progressing well and we started to build out the facility in Arizona and staff the operation during the quarter,” said Gutierrez. “We are pleased to have Apple as a sapphire customer and to be in a position to leverage our proprietary know-how to enable the supply of this versatile material. While our primary focus during the balance of the year is to continue to execute on our commitments in Arizona, our aim is to position GT not only as an exceptional sapphire supplier to Apple but also as an unparalleled world-class supplier of sapphire material and equipment to a variety of customers.

The first four iPhones were released in June or July. The iPhone 4s, iPhone 5, iPhone 5s, and iPhone 5c had release dates in either September or October. The iPhone 6 is likely to be thinner and larger than previous models, feature a curved design, and come with a faster processor. For more on Apple's new handset, see: Broadcom's New 5G 802.11ac Wi-Fi Chip Could Make An Appearance In The iPhone 6, Imagination’s New Graphics Processor Will Make Future iOS Devices Even Faster, and Has Apple Purchased A 3-Year Supply Of 4.5-Inch Sapphire Glass Displays? Photo: iPhone 6 concept, iPhoneSoft 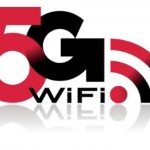 Broadcom's New 5G 802.11ac Wi-Fi Chip Could Make An Appearance In The iPhone 6 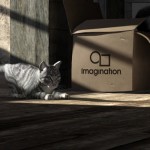 Imagination’s New Graphics Processor Will Make Future iOS Devices Even Faster
Nothing found :(
Try something else