You are using an outdated browser. Please upgrade your browser to improve your experience.
by Joe White
March 1, 2014

Apple's music chief Robert Kondrk is on the hunt for more artists to release Beyoncé-like iTunes-exclusive albums. In fact, Kondrk actively sought out music artists to make a similar move during Grammy season back in January, according to a recent report.

The news comes from Billboard, which draws attention to Beyoncé's iTunes-exclusive self-titled “visual album.” As a reminder, this launched in December and proved to be particularly successful. Billboard explains:

Apple Inc.’s music chief Robert Kondrk has been pressuring major labels for releases similar to last year's Beyonce exclusive, excluding services like YouTube and Spotify to help shore up slowing download sales, according to music executives familiar with the conversations.

Digital music sales might be on the decrease – a move which Apple is combatting through its iTunes Radio service – but the Cupertino, Calif. company is nevertheless hoping to foster digital music purchases by offering more exclusive content through its iTunes Store. This would be smart: interest in Beyoncé's album was so great it actually crashed Apple's servers back when it launched, and global sales topped 1 million in just one week.

Kondrk has reportedly been drawing attention to Beyoncé's success with the platform in an attempt to get more artists on board. The report adds that the executive is even looking to cut deals for non-iTunes-exclusive albums, provided content doesn't appear on music streaming services like Spotify.

Ironically, Kondrk also asked that individual track sales be locked down for a window of time before allowing tracks to be purchased separately making the album available to streaming services, said executives from two major labels.

However, this indeed goes against the iTunes Store's “album unbundling” strategy negotiated by Steve Jobs back in 2003.

In a world where digital music sales are now falling, it'll be interesting to see how Apple chooses to navigate its iTunes Store. We'll keep you updated with further information as we receive it.

See also: AppAdvice's Top 10 Free Jailbreak Tweaks For February 2014, Apple To Launch iOS In The Car Next Week With Ferrari, Mercedes-Benz And Volvo, and Imo Messenger To Discontinue Support For Third-Party Chat Services On March 3. 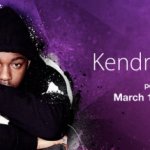