You are using an outdated browser. Please upgrade your browser to improve your experience.
by Joe White
December 13, 2013
Update. Though we didn't see this ourselves, we're hearing that due to huge interest the album actually crashed Apple's servers, taking iTunes offline temporarily overnight. Original article. In a surprise move, Beyoncé has brought an exclusive self-titled “visual album” to the iTunes Store, which can be downloaded for $15.99 and features 14 tracks, 18 videos, and a digital booklet. As of this writing, individual tracks can't be purchased; in the iTunes Store, however, it's noted that separate tracks will be available to download from Dec. 20. The album, “Beyoncé,” bears a “Mastered for iTunes” label, and over in the iTunes Store all of the storefront's “featured” positions are taken up with ads for the new visual album. Concerning the album's visual nature, Beyoncé said: “I see music. It’s more than just what I hear. When I’m connected to something, I immediately see a visual or a series of images that are tied to a feeling or an emotion, a memory from my childhood, thoughts about life, my dreams or my fantasies. And they’re all connected to the music.” She added:

I didn’t want to release my music the way I’ve done it. I am bored with that. I feel like I am able to speak directly to my fans. There’s so much that gets between the music, the artist and the fans. I felt like I didn’t want anybody to give the message when my record is coming out. I just want this to come out when it’s ready and from me to my fans.

So-called “guerrilla releases” are becoming increasingly popular among musicians, with Radiohead and David Bowie recently performing similar moves. Platforms such as the iTunes Store make this possible, where major releases can be initiated with the click of a button. As mentioned, Beyoncé's “Beyoncé” can be downloaded in the iTunes Store for $15.99. See also: Launch Center Pro 2.1 Features Fleksy Keyboard Support And Other Major Enhancements, Concept Shows How An iOS 7-Inspired OS X Update Could Look, and Microsoft Launches Office 365 Admin, Lets Admins Manage Office 365 Servers From iOS. 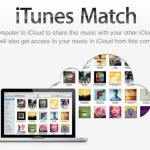 Apple Releases 12 Days Of Gifts Holiday Giveaway App, Also Available In US
Nothing found :(
Try something else