You are using an outdated browser. Please upgrade your browser to improve your experience.
by Bryan M. Wolfe
March 17, 2014
“Large-screen envy” is expected to make Apple’s “iPhone 6” a huge hit with upgraders and Android switchers, according to analyst Brian Marshall of ISI Group. He calls Apple’s next handset the “motherlode of all upgrade cycles,” according to AppleInsider. In peak quarters, Marshall believes as many as 14 percent of existing iPhone owners opt to upgrade to a newer model. This compares to 9 percent in an average quarter. The analyst believes “pent-up demand” will push Apple’s upgrade numbers later this year to 14 percent or higher. 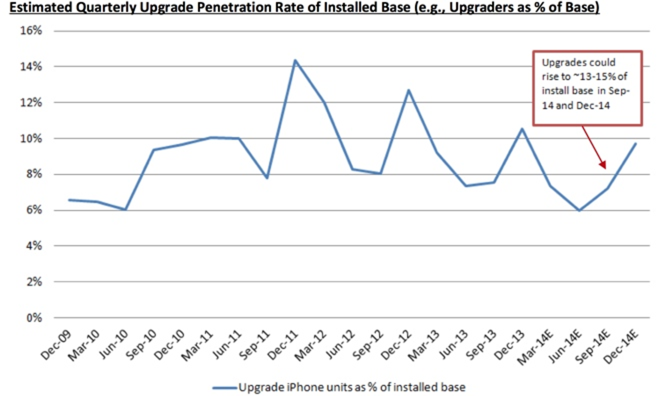 Marshall also believes the expected larger screen size for the iPhone 6 to “convert a large number of Android users to Apple's platform.”  Half of iPhone sales today go to upgraders. Apple is likely to release two new iPhones before the end of the year. One is likely to feature a 4.7-inch display, while another could come with a 5.5-inch screen. See also: Apple's 'iPhone 6' Could Come With A Larger Screen And A Higher Price, This iPhone Air Concept Presents The Most Believable Design Yet, and Could Apple's iPhone 6 Also Include Pressure, Humidity Sensors? Photo: iPhone 6 concept by Sam Beckett 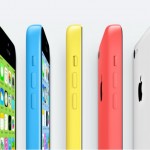 Apple Could Launch A New iPhone This Week