You are using an outdated browser. Please upgrade your browser to improve your experience.
by Bryan M. Wolfe
March 11, 2014
In September 2012, CEO Tim Cook admitted that iOS 6 Maps “fell short” of Apple’s commitment to “make world-class products.” Since then, Cupertino has striven to make Maps better with each subsequent iOS release. The fruits of that labor should be on full display in iOS 8, according to 9to5Mac. According to sources briefed on the company’s plans, the next version of Maps won’t receive significant interface changes. Rather, it will focus on “under-the-hood” changes. Besides database changes, Maps will gain new points of interests, new labels to make places easier to find, and more. Many of these changes come as a result of Apple’s acquisitions of BroadMap, Embark, and HopStop. Because of this, iOS 8 Maps is also likely to include public transit directions for the first time. As 9to5Mac notes:

Apple CEO Tim Cook, Senior Vice Presidents Eddy Cue and Craig Federighi, and Maps head Patrice Gautier are using the new app to move toward fulfilling a promise to users that the iOS Maps application will eventually live up to the “incredibly high standard” of Apple’s customers. 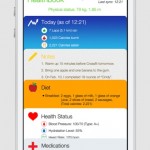 Concept: New Mockups Imagine How iOS 8's 'Healthbook' Might Look
Nothing found :(
Try something else