Apple’s iOS 7.1 adds a bunch of new features to the mobile OS, but not all of them are available in every international market. Fortunately, one Apple-made chart makes it easy for iOS users to check on the iOS 7.1 feature set available in their local region.

The interactive chart can be found at Apple’s “iOS 7 Feature Availability” Web page, and there our international readers can select individual features to check on lists of supported countries. Apple’s CarPlay, for example, is presently limited to 13 markets, while some of Siri’s more advanced features (such as restaurant or movie reviews) are limited to an even smaller number of regions.

It can be downloaded as an over-the-air (OTA) software update inside of the built-in Settings app.

As mentioned, you can check on Apple’s iOS 7.1 feature availability by clicking this link. How are you enjoying the updated mobile OS? 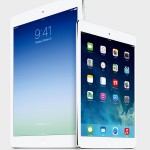