Star Horizon is an upcoming iOS game powered by the Unity Engine that should hit the App Store on or around March 20. If a recent trailer for the application is anything to go by, this is a title that iOS gamers should be excited for.

We've seen Unity-powered iOS games reach the App Store in the past, but Star Horizon looks to be more epic than most. From what we understand, the app is an “on-rails” shooter featuring outstanding graphics, impressive lightning, and intense action. It seems the game's backstory is based on the classic humanity vs. artificial intelligence (AI) premise, but according to the game's developer, human-friendly AI features in the app and helps the main character with his mission.

In a post added to the TouchArcade forums, Tabasco Interactive explained:

You play as John who doesn't fight to rack up kills or for honor and pride. At least not anymore. He just fights to survive and get the whole thing over with. His ship is controlled by Ellie, an Artificial Intelligence which is programmed to help pilots stay mentally strong throughout the war and which cannot kill human beings.

This all sounds interesting, but it's the game's outstanding graphics which have us excited most. Tabasco showed off Star Horizon in a recent YouTube trailer, and we've embedded it below for your viewing pleasure:

Concerning the decision to make Star Horizon an on-rails shooter, Tabasco noted that the developer wanted the game to be “more about pure action and not flying around trying to catch the target.” This sounds good to us, and we're looking forward to seeing Star Horizon reach the App Store.

Unity-powered iOS games include Temple Run and Bad Piggies; as of May 2013, the developer of the game engine made it available free of charge to small-scale iOS developers in an attempt to further encourage development for Apple's mobile platform.

See also: Luftrausers Is Coming To The Mac And PC On March 18, If Doc Brown Owned An iPad mini, This Is How He'd Have Used It, and League Of Evil Developer Ravenous Games To Unleash Devious Dungeon This Week. 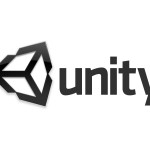